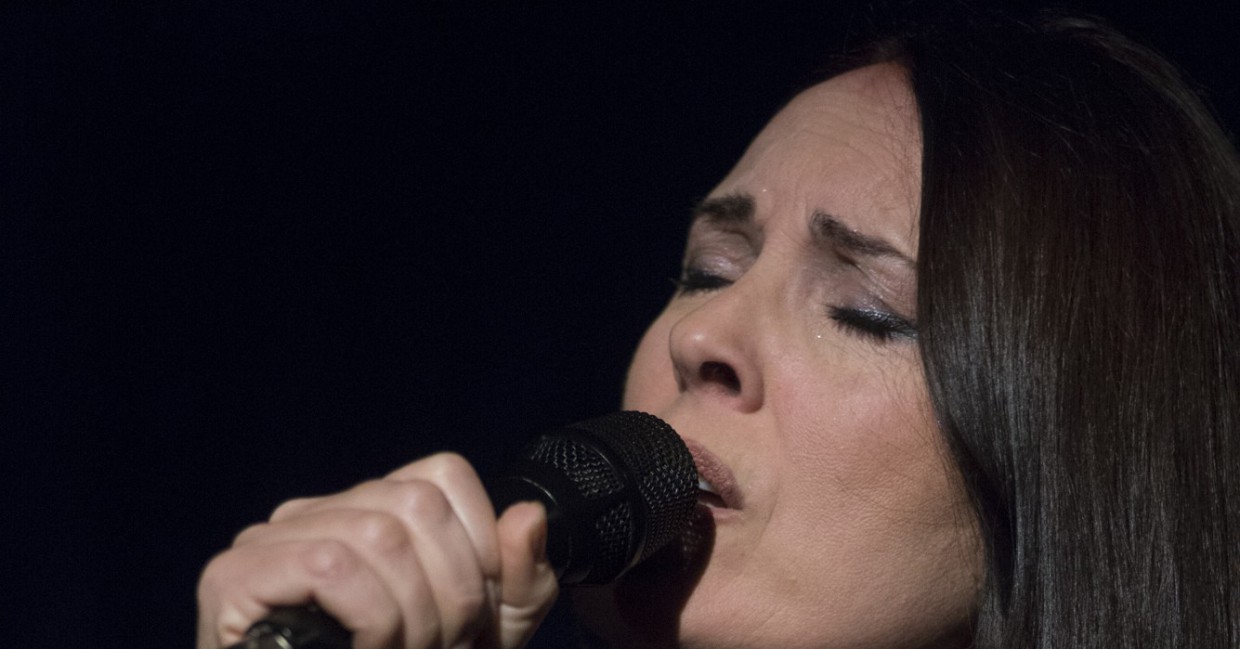 After attending singing schools in Bologna and Rome, meeting Franco Morone made possible a maturation that led to her first performances in Europe, the United States and Japan, alongside the great Italian guitarist”. 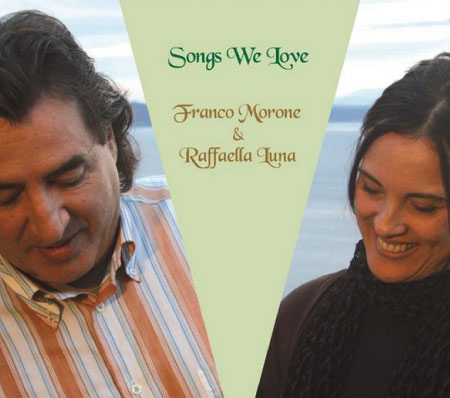 Recording debut of Raffaella Luna’s voice accompanied by the guitar of Franco Morone, one of the leading exponents of international acoustic music.
The selection of songs on offer brings together songs that historically and emotionally represent a generation, such as the Dylan’s ”It’s all over now baby blue” and ”Forever young”, and ”Where have all the flowers gone” by Pete Seeger/Joan Baez or the beautiful ”A case of you” by Joni Mitchell, to which are entwined such ancient and fascinating airs as ”Caro mio ben” and ”Plaisir d’amour”. There are also compositions by more recent songwriters such as ”Caledonia” by Dougie MacLean, ”All the diamonds” by Bruce Cockburn, ”My name is Luka” by Suzanne Vega, ”Cinema Paradiso” by Ennio Morricone.

“Their Songs We Love is a record to love, and live they are a gentle force of nature.”
Sanremout – Italy

“Raffaella’s Voice is powerful, passionate and confident, and Franco’s guitar…the touch, the sound, the taste in the arrangement are unique…he draws elegant accompanying textures with unisons and countermelodies, a lesson in style.”
Chitarre – Italy

“Songs We Love sounds original and new. Raffaella has remarkable vocal agility and a crystal clear timbre. Franco is the guitarist every performer would want by her side because of the fluidity and virtuosity he possesses.”
Kataweb Musica – Italy

“The listening is dense with emotions, excellent execution. In short, a great voice like Raffaella Luna’s and a great guitarist like Franco Morone could only make a real gem of grace and originality in which a guitar played with unmistakable style, a sweet voice of rare beauty are the main ingredients.”
Blogfolk – Italy

“The intensity and almost innocent intimacy of interaction seem almost too beautiful to be true.”
Michael Lohr – Akustik Gitarre – Germany

“All the tunes are arranged by Franco’s personal touch in an unmistakable sound, using open tunings along with the sweet and passionate Raffaella’s voice merging altogether in suggestive music of the spheres. Meeting with the playlist, there are also some original tunes, consistent in principle with all the others, giving witness to a mature acoustic and traditional music character.”
Acoustic Music Records – Germany

It’s a collection   of folk songs between the late 1800s and mid-1900s   that bring to light some of the most beautiful  pages  of the Italian tradition. 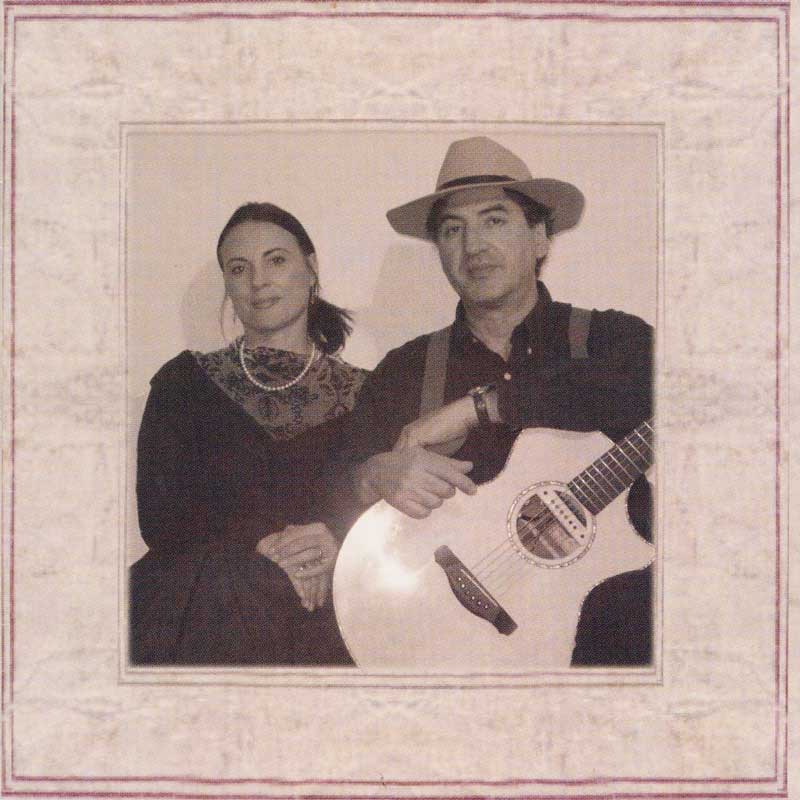 In selecting songs from our tradition, we set ourselves the goal of rediscovering melodies that, more than others, had elements of authenticity and revealed distinctive features of our roots. The stories told, essential in language but full of meaning, are closely related to human affairs: songs of work, celebration, suffering, emigration, and love. We have therefore dressed these lyrics with new guitar arrangements, in the firm convinction that traditional music remains alive only as much as it can renew itself while respecting the original melodies. In that spirit, we hope that these songs have gained new life and vigour and can reach those who still seek music, the content of culture and feeling.

“This collection of art songs makes it clear how to harmonize musical power and strong emotions. With the help of new, carefully prepared arrangements for voice and solo guitar, “Canti lontani nel tempo” succeeds in making accessible, for the present day, the unostentatious elegance and beauty of traditional music – a type of music that can still surprise and astound the listeners after such a long period of time.”
Acoustic Guitar Records – Germany

“Her voice has the strength, energy, and originality that make the interpretations of these timeless songs into something special. Rounding out this excellent album by the booklet with English text translations and sources of all songs.”
Folker – Germany

“Canti Lontani nel Tempo” is a collection of ancient and traditional songs that brings to light some of the most beautiful and meaningful melodies of Italian music. Franco and Raffaella offer a unique and recognizable sound with a heavenly and evocative mixture of rare beauty and warmth.”
Cd Baby – Usa

“Crystalline guitar flanks the beautiful and precise voice of Raffaella Luna, who interprets these ballads with a strong personality … a great record.”
Alessandro Nobis – Folkbulletin – Italy

“.. Marvellous the voice of Raffaella Luna. The technical perfection of a guitar does not compromise with the singing but creates a second voice enhancing the first. A genuinely fascinating album, a philological study of truly traditional and well-played Italian music. An excellent guitar record for those who love Maestro Franco Morone’s acoustics.”
Francesco Coniglio – Chitarre – Italy

“Franco Morone reinterpreted each song through his distinctive style and sparkling guitar technique while embellishing each track was the voice of Raffaella Luna, whose versatile and elegant singing opens up to popular culture with great generosity. Listening is thus a flight through the history of the Italian musical tradition.”
Blogfolk – Jam – Italy